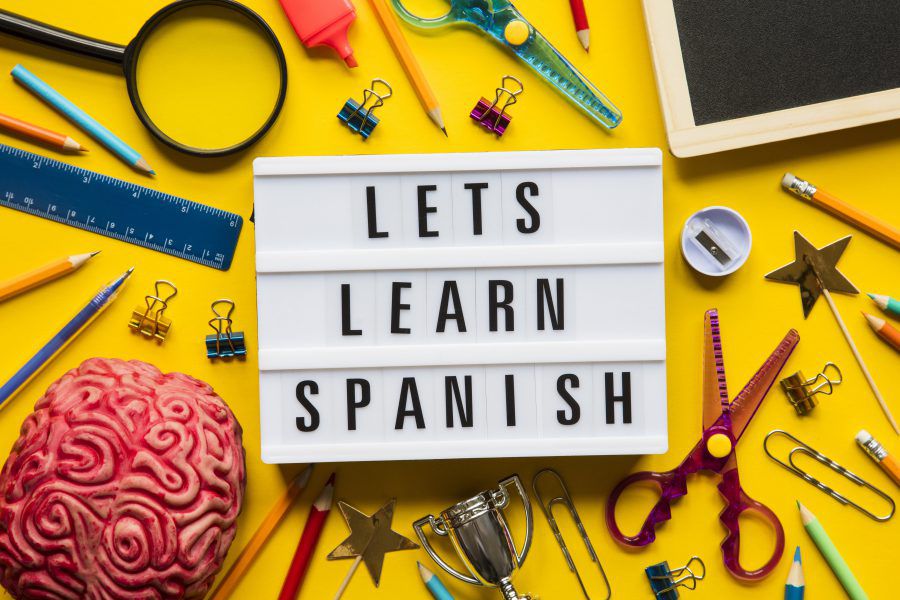 A phrase that many people know from movies such as Dodgeball and certainly useful if you are looking for the local library while in Spain!

However, if that is the extent of your knowledge of the language and your goal is to learn more, I can let you know some things that have worked for me.  The reason I picked Spanish is because it is the second most spoken language in the world and therefore it’s top of a lot of people’s lists.  Though my tips can hopefully be applied to any other linguistic endeavours.

Your reason for learning a language is important to keep at the forefront of your mind, especially when it gets more difficult.  Is it to travel to that country, to meet new people, for the history and culture, for the food and drink, for love or for work?  Regardless of your “why”, there is no doubt that becoming bilingual has a positive impact on your brain.  According to Lingua Life, it expands your memory capacity, improves your multitasking skills and can protect against neuro-degenerative diseases later in life.

So, once you know what speaking another language will give you, where do you start?  Obviously, a language class, either online or face-to-face is the traditional way.  In Dublin, the Institute of Cervantes is the main centre for learning.

For me, it was slightly different in that I have a degree in Spanish but since college I haven’t really used it that much.  Last year though, I ended up working with colleagues in Madrid and spent a lot of time trying to brush up on my former knowledge without going back to classes as I didn’t have the time.

Here are some resources I found that can give you a flavour of the language without the initial financial or time commitment:

If you have a goal of learning a new language or moving to a new country, feel free to get in touch for an initial free call.  Elaine x