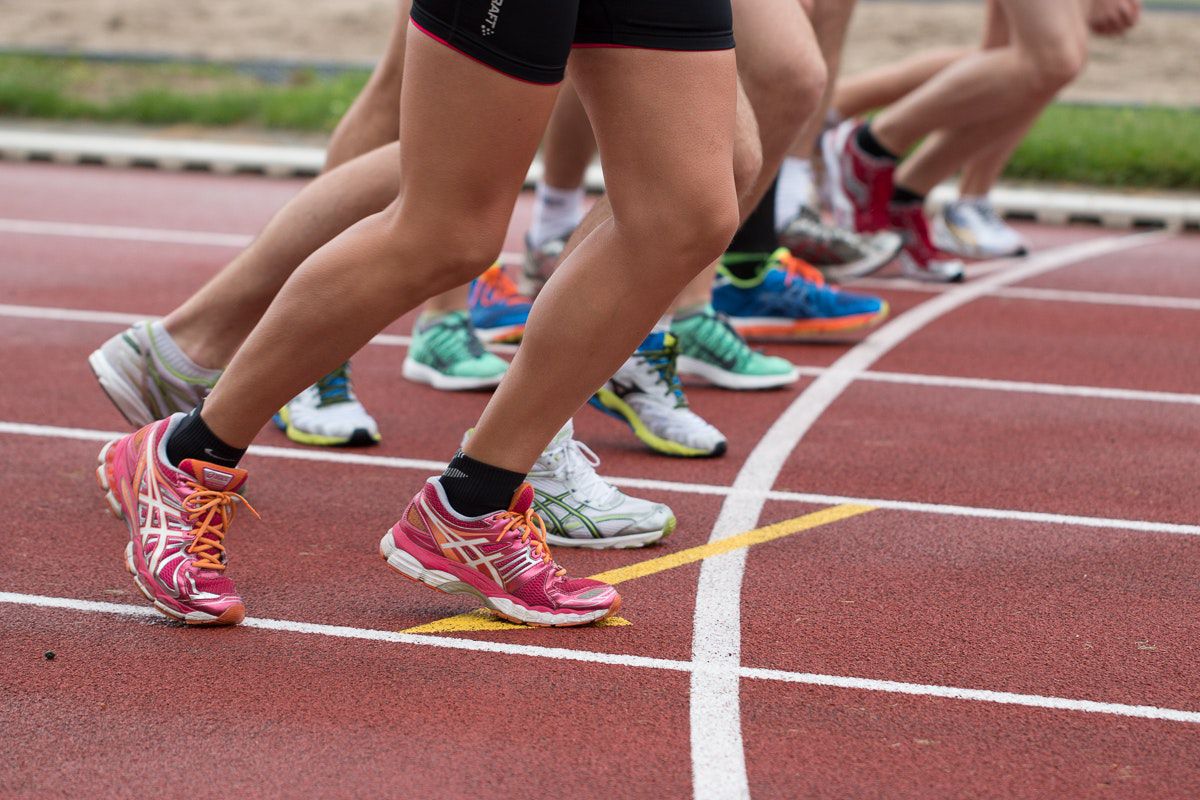 You have to be a little bit mad to do a marathon….who would actually choose to voluntarily run 26 miles?!  If you’re not mad before you do one, you certainly are by the time you’re finished as you will never have used so many mind tricks in your life to keep you going.

Last weekend I celebrated my three year anniversary of the Dublin marathon :-).  I cannot quite believe I actually did one and when I look back it feels like a dream.  Despite getting an IT band injury half way through, I kept going and absolutely loved the whole experience.  It was so positive and I did feel a little bit invincible afterwards.

Last year I went in with a friend to cheer on the runners at the 25 mile mark.  We saw every human emotion on the runners’ faces as they ran by.  We also saw the elites including the winner with one Irish guy amongst them which was pretty special.

So how do you get through a challenge which you can’t actually get your head around beforehand?

1.) Plan and action: you hear of these people who just “decide” to do the marathon the week before and do it in record time.  I’m a little bit sceptical.  Yes, there are those who are naturally athletic and fit but you really need to have the miles in your legs to get you through the distance.  It makes me think these urban legends must do some secret training…we’ll never know!  Anyway I am not naturally sporty so there was absolutely no hope of me attempting to do it without putting in the work!

Training for the marathon was a whole different ball game to anything else I’d done before.  First of all you need a plan.  I had a 16 week plan plotted out on a calendar stuck on the wall.  It was all building up to my last long run of 20 miles before a three week taper.  In between the weekly long runs I did short runs, runcamp, bootcamps and spinning to mix it up.  On some of the long runs I really struggled to get home and was stopping and starting but it actually doesn’t matter once you get the distance in your legs.

You need to rethink your focus on speed as you build up your stamina (I’m a slow runner so this wasn’t a problem!).  The theory says you should run the first half slower and pick up the pace in the second half so you don’t burn your legs out too quickly.  My mission was just to keep my legs moving and try to have a consistent pace throughout…had I not got the injury I would have been averaging about 11 minute miles.  As a result of unlearning to focus on speed I was very slow even in short runs afterwards and had to build that aspect up again.

So you need to be prepared for hard work and dedication but the bonus is you are toning, building muscle and are pumped full of endorphins for the rest of the day after your long runs!

2.) Commitment: for me it was all a bit of a fantasy until I did a few things:

These three combined left me with very little leeway to back out.  When your charity collection takes off with donations flooding in, that’s when you begin to really feel the nerves as you know you can’t let people down.  Having the calendar ensured I could be as prepared as possible to get my short and long runs in each week.  You have to be almost monomaniacal to ensure you don’t miss your training (the fear of not being able to complete it on the day is a good motivator!).

3.) Support: yes, running is a solo sport but you are really better off having a team of some sort for the marathon to keep you going.  I joined the Forget the Gym Marathon Training group and it was really great.  We were all shi*ting it on the first evening but Mary, the coach, helped us break it down and work backwards from the marathon day and put a plan in place.  We’d regular coaching sessions, group runs and a Facebook page for exchanging tips.   Knowing there was a group of us in the same boat created that bit of camaraderie and made it feel much more attainable.

You also need support from friends, family and colleagues.  You’ll want them to understand that this is your no.1 priority for a few months and that you may miss certain events.   It’s also great to get a crowd out on the day to cheer you on.  I told people that wanted to see me to go to different spots around the course and it was such a great help on the day to know that at a certain mile, you could see a familiar face.

The Irish supporters are one of the best in the world at cheering and they definitely got me through a large part of the route!  I was advised to get my name stitched on to my t-shirt and it was one of the best ideas ever as you literally have all of these random people screaming your name throughout the race which fuels you (and makes you feel a little like a celebrity at different stages as well!).

4.) Research and get inspiration: I did, watched and read everything I could to try psyche myself up.  I watched Spirit of the Marathon 1 & 2.  I read loads of books including Gerry Duffy’s “Who Dares Runs”, Alexandra Heminsley’s “Running like a Girl” and “Born to Run.”  I did visualisations of the day.  I started doing mad mind tricks, e.g.. “a jelly baby a mile” which is exactly what it says on the tin.  For my first 15 mile run, I literally kept myself going with a sugar reward that was one jelly baby at the end of each mile.  I pictured myself in my outfit if I was going out that night.  I downloaded a ridiculous amount of music from itunes and used certain songs to give me an energy burst when I was fading.  I planned out as much of the run in advance and what would keep me going at different stages.  I spoke to as many people as I could that had done it previously to get different perspectives and different tips.

5.) Accept that the unforeseen will happen: Your body knows it’s not natural to run a marathon and that’s because it’s not.   That’s why you have to build up to the long runs bit by bit and have a proper plan.   As well as running, I did a little bit of bikram yoga to try loosen up my muscles after a long run.  I was introduced to a whole new world of running gels, ice baths post long runs and sports massages.  And foam rolling which I wish I had paid more attention to as it would have prevented my injury!  Take all of that advice from former marathoners as they know what they are talking about.

Your body will tell you when you are pushing yourself too hard so listen to it and don’t ignore it otherwise you will end up not being able to complete the marathon on the day.  Back pain was something I had never experienced before but as the runs got longer I got an agonising pain in my upper back and ended up in the physio.  After several sessions I was OK but I went and did a chi running workshop in case it was down to my posture.

Some bizarre things happened to me as well.  On my last few long runs my lips were blue by the time I got home (little bit scary when you look in the mirror and you think you might actually be dead!).  Never really got to the bottom of it and it didn’t happen on the day itself but think it may have been a slight iron deficiency.  The other mad thing that happened was that I broke out in hives twice in the couple of months beforehand.  Not sure if it was because I was so busy and something had to give or if it was the overwhelming thoughts of an unimaginable day but I had to take antihistamines to sort it out!

Anyway despite all of this, I did the marathon, lived to tell the tale and would highly recommend to anyone considering it just to go for it!  The lessons I learnt from the whole experience can be applied to any other area of my life.

Do you have a goal that seems insurmountable?  It doesn’t have to be a marathon or anything to do with running but just something you would love to do but don’t know how to get started.  If so and you would like a fresh pair of eyes and ears to get you started then please give me a shout.  Elaine x